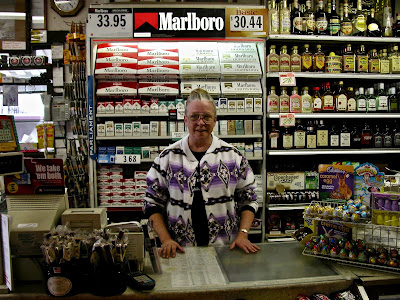 Many roads lead to the high desert of Nevada. Route 395, a favorite of mine, first cuts through the picturesque Eastern Oregon Country then into a small corner of California before releasing you to the vast vistas of Nevada.

The long drive leaves you anxious for any road that looks like a short cut. Standish at the intersection of 395 and route 139 appears on the map like it might have that promise. A small road in the middle of the town turned you directly South into Nevada avoiding the junction traffic a few miles to the west. It never really saved much time, but the promise was there.

I learned over time that Standish had a story, a story of a larger promise. A spec of a place now with a population of 85. In once flourished in 1897, billed as the new Utopia of the West by the Associated Colonies of New York led by Miles Standish. The town by his namesake was one of two to be built on a European model for Utopia. Where the people would leave the town each day to work collectively in the fields, from which the commerce over time would grow the town. It sat on the border of Oregon, California and Nevada at a crossroads of two trails, well situated for a promising future.

Now there are just a few old buildings, broken fence lines, rusting cars, and a small liquor store. All around town and along the road field grass is bent by the wind in all direction, just like the people who eventually left for nearby Susanville or Reno or Salt Lake City.

I once stopped and talked to Mabel who owned the liquor store. She had lived in Standish for ever and knew the story of this forgotten place. She talked about the few struggling ranchers who still lived there. “Good God ferrying people,” she said. Then she talked about Standish saying, “It’s all about the water.”

What happened in Standish is a harbinger of what could be the story of the West as a whole. Who did and didn’t own the rights to water doomed Standish. At first water was drawn for Honey Lake, just to the West. A water cooperative formed. Overtime though, the farmers in the California valleys wanted the water. Legal battles ensued as to who owned the Honey Lake water. Eventually forcing the State of California to dissolve the cooperative. Without water, the utopia dream of Standish ended.

The colors of the grass, the fences, the old buildings and yards of old cars (some maybe bought from poor Luck in Reno) around Standish still carry a sense of that dream that once flourished here.

When I left Standish, Mabel said, “You might want to buy a bottle of Jack Daniels, just in case the desert turns against your dreams someday…”