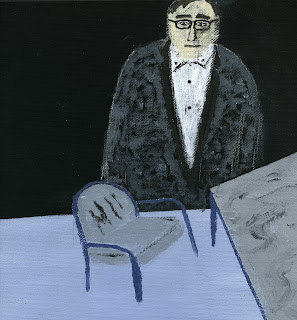 We had been through so many mergers in 24 months that we lost count of them. Every morning when we came in, we looked at the name over the reception desk trying to find some foundation to things.

There were just nine of us left from the original staff of 40 people. Those let go were replaced with rookies and a current crop of new management. Branded with the macro vision of our new owners, often separated laughingly from the market place we worked in. Where did they get their research anyway?

We began to call ourselves the leftovers. There were reasons why we were still there. Most of the time, it was the book of business we had, that somehow remained loyal through all the changes or some specialized knowledge not easily replaced. It was not because they loved us.

In fact, we were kept far away from the inner circle of where the big next moves were made. The new rookies sent out like bots to capture that vision. Quickly replaced if they did not. It was almost like they did not want to know the facts, only the anointed mission given from above.

Still the work would come to our desk where revenue still flowed. Ironically, we knew the market well and had the formula to win in it. We knew the history of the firm and where it could prosper in the future. All they had to do was ask, but they never did….