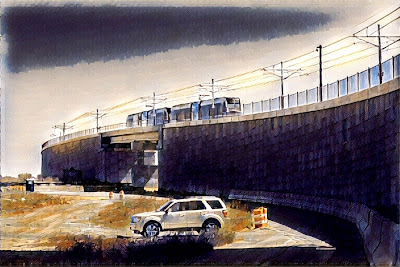 I rode the new Blue Line Rail extension just opened in Charlotte. It travels through the not yet fully tamed East side and carries, on its shoulders, the hope of the City’s dense living plan. Here the remnants of industrial sites and forgotten areas of the City stretch before you. The goal is to bring together transportation, living, shopping and work.  All tied together by the light rail.

Like all rides on light rail, you pass things that grab your attention. Three stations cut through a long strip of land where rail yards, graffiti art, construction remains and power lines come together. It called out to be photographed.

A few days later, armed with my trusty GPS and maps of the Blue Line, I found my way back to this place with camera in hand. It can be found on the north side of the Blue Line under a rail overpass. No one was there, freeing me to wonder, hear the sounds of the passing trains and to take in views of the City in the distance. The whole area along the Blue Line is being gentrified. This place of transition won’t last long.

I photographed all morning until hunger for lunch got the best of me. I got in my car and drove back under the Blue Line. There to my surprise, a small red building stood between two mega apartment construction projects. The sign read “BROOKS.” Outside a line of over 20 people waited to get in. The parking lot was jammed. It was a tiny place. Just a “walk up,” as they call it in the South. Experience, though, had taught me that these places were not to be missed.

Finally, after inching through the crowd, I ordered a burger. “Your number 31”, the sweet blond attendant barked out. Then asked again if I wanted it “All worked up, cheese, bacon and all.” Following the crowd, I went outside waiting to be called. A small window in front would open and a number called.

As often is the case with these places, one of the owners was moving through the crowd making sure everyone was pleased with there meal. He came over and introduced himself. “Scott Brooks, hope you are enjoying your meal.” He paused then said, “Your not from here are you?”

People tend to quickly make that judgement after you utter a word or two in the South. Scott was a great guy, telling me that BROOKS has been there since 1973 and considered the best hamburger in Charlotte. Later I found Thrillist top 100 list, ranked BROOKS as the 8th best burger in the United States.

The small window opened, “Number 31.” I wanted to talk with Scott more, but he said, “You might want to grab that, things don’t last long on the counter here.” He smiled and walked away, inviting me back when we could talk more.

You will have trouble finding BROOKS and that great burger. But I will take you there, if I like you… 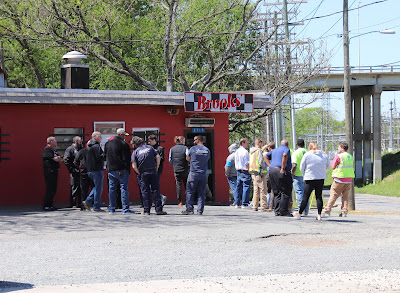 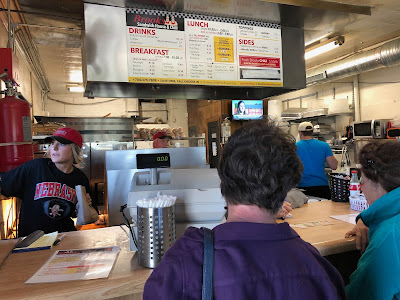 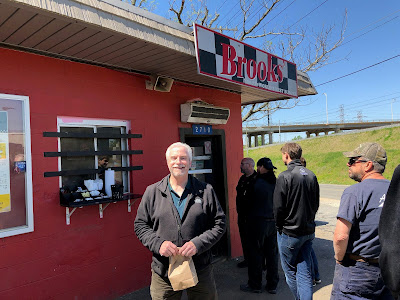