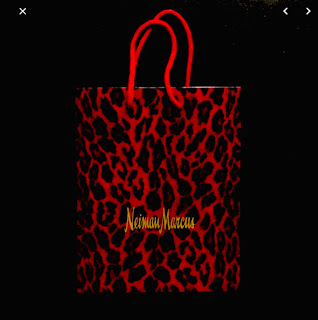 The year passed slowly, filled with too many memories and sadness. Left alone in our home, the blahs of the suburbs weighed on me, something I felt long before finding myself alone.

I decided to move into the heart of the city. Gleaming hi rise apartments awaited, nestled with eateries, bars, a gym and the largest mall in the city. I would make use of them all. Well, the gym part only lasted a month. Walks in the mall, especially in the cold months became my exercise.

The mall huge and warm, offering the glitter of bright storefronts and buzz of people watching, much needed by my spirit. Life began clicking back into my soul. Sprinkled around the mall were comfortable seats. Even in the poorer store sections of the mall, the seats were plush. I made use of them all, respites from my supposed mall exercise program.

I found myself picking subjects to watch. One day it would be how people walked, another what they were wearing, how people looked, how many were talking on their cell phones, everyone was the answer to that one.

Sometimes, I would marvel at the shopping bags, carried mostly by women. The classiest end of the mall included the Neiman Marcus, Louis Vuitton, St Johns and Tiffany stores. Here the bags were audacious, big elegant ones with gold letters and bold but tasteful (always tasteful please) names of the stores. Shoppers in the Louis Vuitton store were greeted like long lost relatives, their names known to the staff. Often times, the specific purse or luggage where waiting per their request. They left with one of those huge bags, slowly parading across the median where I sat, the bag hanging from one arm like a large piece of jewelry. They would carry it back and forth between the other elegant shops, often emerging with another equally grand bag. After all, you have to have something to wear that goes with the Vuitton.

All this elegance only occupied a small corner of the mall. As you moved deeper, the shopping bags became more modest. Some with pedestrian but known street names such as Nordstrom, Macy’s, Dillards or Belk. They were smaller with a mass manufactured look. Then there was the small boutiques in the mall which favored more gaudy bags, brightly colored and with graphic images on them crying out for attention. “I am here, come visit me, save me from mall death.” They didn’t say that, but the message was there.

I had grown to favor a quiet less crowed corner of the mall where a group of small boutique stores were, a good place to read my phone and contemplate life. I sat across from the ONE GREAT GIFT shop. Their bags were black with gold letters. Impressive, but not the stuff of the classy ones, too small and made of plastic.

One day I noticed a sign in the window, moving store to Palm Beach Mall. I had met the owner by chance one day and decided to go in and ask.

“Just not enough sales here,” he said. I understood, another victim of retail death.

The store remained vacant for several months. Still I liked sitting in this area of the mall. This day was no different. My walk finished, I sat looking at my phone, news and emails. In the distance I could see a woman approaching with one of those ONE GREAT GIFT black bags. Obviously she had not visited the mall for a while and this likely was a return.

The bag though didn’t interest me as much as her. She wore her age well, which I gauged as being about the same as mine. Her jeans looked trim. Her walk horsey and confident. The closer she came only impressed more, a pretty city wise face and warm look.

I thought to myself, this woman is going to need information. What happened to the store, where is the owner, where did it relocate? Even with the dim wits of my age, I could sense possibilities. After all, I did have special knowledge and knew my way around the mall. Besides, it was time to rejoin life again...