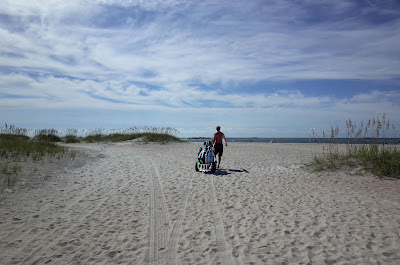 “The sky deep with blueness, bright, and unending. My fear disappeared into it. I knew that where ever it was, I could find a place…”  - Oregon Taylor Fields
The place you retire is one of the most important decisions you will make. We explored many alternatives in deciding where and how to retire. We were tired of the rain in Seattle and some aspects of Urban life, but were unsure as to the next best place. Was it going to be another city, the country, a small town and or suburbs?  Questions about leaving the friends, contacts, services, cost of living and the home we knew so well in Seattle swirled in our minds.
There is a wealth of articles on the “Best Place” to retire. All offer valuable advice. However, we wanted to find that best place ourselves.
One of our exploratory trips took us to the desert where we met up with an old friend Shayla. We knew Shayla for a long time. She seemed always to be on some new adventure. One thing was clear, she had a wealth of life spirit and earthy wisdom. She had traveled the world as a tourist guide, tasted some business success, successfully raised a daughter, lived in places from Alaska to Ecuador, always with abandon about the future.
The latest chapter of her adventures found her living in a motor home off the grid near the Saddle Back Mountains west of Phoenix. She had settled with a group of other off the gridders in an old RV park. No more than did we get there than Shayla had us out walking on the desert floor exploring the bounty of its beauty. The deep blueness of the sky and vast vistas pulled you in then beyond yourself to imagine what might be. She talked about how a group of the park people would drive in each Sunday to get the NY times and groceries, returning to eat breakfast around the campfire and share the paper. At night, there was the sky. The sky so crystal clear it almost felt like you could fall into it.
The experience of seeing Shayla left us with many thoughts. Despite its grandeur, we did not want to live off the grid. However, we could if we had too. More importantly, it freed our thinking. We could be bold enough to try new places and different ways to live.
The question still remained, where should you retire?
I confess to being a lover of urban life. I have always wanted to live downtown or close to it. Time, however, has changed my thinking. We lived most of my life in the Northwest where three walkable and gentle cities exist; Seattle, Vancouver and Portland. Each had its own character and charm. Seattle has business vibe, Vancouver international edge and Portland great transportation and a human scale.
Finding these large charming cities is more difficult now. In their place you find cities with standard fare experiences, very dense living, traffic centric and tons of people. Even the NW cities have changed, getting far more expensive and congested.
Beyond big cities, were the suburbs, small towns, “small ball cities” and “places in between” to consider.
Maybe the suburbs are for you. However, the sameness of them, the unending sprawl of housing developments and lack of walkability does bad things to my soul. I cannot live there and won’t.
Small towns can be charming, close to nature and peaceful to live in. My parents chose one to retire in a small town. It worked for a long time, but when they grew older and needed medical care the services were not there and those that were, overrun.
“Small Ball Cities,” offer great potential for retirees. These cities are between 100 and 250 thousand population. Many are far enough away from larger cities to have their own personality, but close enough if you needed the expertise found there. Many in the South have a minor league baseball team (thus the nick name). The flavor of community is strong in these places and many locally own businesses offer pleasant wandering. Small Colleges often are located in them, adding to the culture. In big cities you can go see a play, but in smaller cities you can be in one. These smaller cities were a strong second choice for us.
“Places in between” offer perhaps the best of all worlds and were we chose to retire.. They often can be found beyond the city but free of suburb sprawl. In these gaps, you can have one foot in the city and one foot in the country. We embraced the advantages of these places in terms of life spirit, cost, and discovery. Most are growing areas with good opportunity to find work, if you need to, fueled by local needs. You may find active adult developments in these areas, since they have to build far enough away from cities to find the land needed. There are some built in advantages to these communities including facilities and other active adults from all over that makes finding new friends easy. They are not the only choices, however, in these unique areas. Other housing alternatives abound. We have not tired of living in these “places in between” even after ten years of retirement.
I still like the city and always will. On many days, I find myself at the exit to our home with the option of turning left toward the city or right toward the country and small towns. What great options to behold. More and more, though, I find myself turning right toward the country where peace abounds and new discovery sill lurks.
David Young