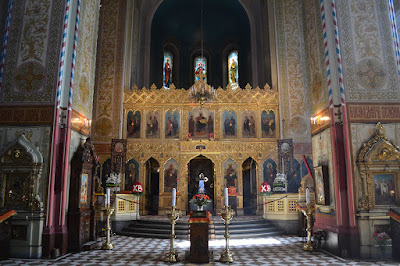 It was a simple add in the Backpages. Just three lines, "Model Available. Long dark hair, petite, young. Text Ashley 728.392.4847.
She lived on First Hill in an old five story apartment. The halls were worn. The lobby still showed the old mail boxes with apartment numbers underneath, some scratched out and written over with clever names like Buzz or Artist. Ashley thought about marking writer under her box number, but truth was she remained unpublished. Despite its age, the apartment building had a warmth and mystery about it framed by the wood panel molding that ran throughout it.
Only one window let light into Ashley's apartment. Papers filled with writing scattered about made it seem even smaller than it was. She used to work as a barista and attend Seattle U, but she really wanted to be a writer. A writer more than anything else. She quit her job and the university to write full time.
She had done some modeling for a photographer and liked it. An easy arty way to make a living. Still assignments were far apart. She found herself taking on what might be called a broader range of assignments. Ones that paid more and required even less time. Sometimes, she entertained in her apartment, but most of the time it was a hotel room or the office of an executive after hours.
There were many reasons she found to not like doing this. The lack of real connections being the worst. Overtime though, she found a regular clientele. They gave a chance to at least form a relationship of sorts. She kept a notebook about the characters she met or as she confided with herself, those lacking character.
This left days free. Ones she could wander the city, finding inspiration for future stories. Her favorite place to visit was the gothic St. James Church. Its stone facades made it appear gigantic and powerful over people. The interior held arches that reached far into the sky. A simple alter stood at the center surrounded by rows of wood pews.
The tallness of the structure caused light coming in from above and on the sides to hit the floor at angles creating their own drama. Behind the alter were little enclaves lit at the end with candles. Here women dressed in back could often be seen lighting a candle at a time in some rhythmic known only to themselves and God. The confession booths on the side were often filled with ordinary people carrying sins they could no longer bear. Ashley wondered what stories they all carried behind their book cover faces.
Street people would often find short refuge in the church, sometimes making their way toward a small foodbank in back near the church offices or just sitting on the pews waiting for rain to pass. She made special note of a tall older Jesus looking man who dragged one of those two- wheel shopping carts favored by dwellers on the hill. His hair long and silver. He always walked across the open area in front of the alter and would stop where the angled light like the floor. He would look up staying motionless for a time then move on leaving the other side of the church. Ashley did not know if he was a street person or just a very religious man.
A few days later the sky of Seattle cleared. There would be special light in the church today fueled by the sun. Ashley grabbed her notebook and went to the church securing her usual spot on the middle of the pews just far enough back not to be observed and to still get a view of everything.  She started looking at the notes for her latest story attempt.
Just then a young priest approached her. He had dark hair and a handsome face. She often wondered why someone would give up their worldly life for the Church, especially someone who had good things written all over him for a future.
He looked at her and with a soft smile said, "Could I offer you any guidance or comfort today?" Ashley would normally brush this off, but she sensed a yearning in this man. A passion for what he was doing. Saving people or making them at least feel holier. It burned in him as much as the men she saw who wanted sex.
Ashley said, "It would feel better to confess." She couldn't believe her ears. Maybe it was all about making this young Priest happy, more than saving herself. They went into the confession booth and Ashley spoke of how she made a living and how bad it made her feel. Worse, she did this for a selfish reason. None of it had fostered any success yet or happiness in her life.
He comforted her and guided her on things to say to embolden forgiveness both from God and more importantly, herself. They ended their session. He staying in the confession booth and Ashley grabbing her notebook.
She walked out of the church into the quiet courtyard beside it. There were text messages on her phone and unfinished stories in her notebook. The same as before the confession. The same as the day before and probably the day to follow.
Just then she saw the Jesus looking man with the shopping cart, walking through the courtyard toward the church door. He did not turn and look at her. She took a step toward the courtyard exit. Something made her look back, there was the young priest looking across the courtyard at her with an unresolved look on his face...
David Young