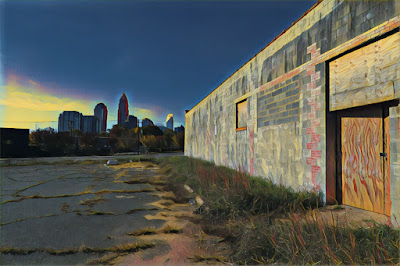 Charlotte is a prosperous and growing city framed by new buildings, forests of modern apartments and sports stadiums. Gentrification, though, has not reached the Eastside. It remains a tangle of industry, art and wildness.

Learning how to get around Charlotte can take some time. The city is laid out on a northeast grid versus the normal north/south grid. It has been described as a group of wagon wheel spokes. Never is this more true than on the Eastside.

One the most interesting of it’s streets is The Plaza, which together with the Midwood Neighborhood, was once referred to as streetcar suburb of Charlotte. The streetcars are long gone, but the rich heritage of the street and it’s ethnic diversity are very apparent.

It stretches eleven miles from the tree lined streets on the doorstep of downtown out to where it meets I-485. Along the way you find enclaves of Asian, Muslim. Latino and Black communities. It is a melting pot of the influences of adjoining Eastside districts and streets. You may not describe it as pretty, but you will definitely find it interesting. The Plaza seems like the touchstone for the Eastside.

There are the arts districts of Davidson Street and Central Avenue to the North and South of The Plaza. The gentleness of the Midwood residential neighborhood. The grit of Tyron where it meets the train yards and Amtrak Station.  The industrial clamor of Graham and Dalton Streets. Further East is the simmering  pain of Sugar Creek. They all claw at The Plaza, mixed together in an endless stream of traffic and life.

Here you can find Dim Sum, soul and Mexican restaurants wedged between small shopping plazas and shops. If you are a wanderer at heart, time spent on the Eastside can yield many rewards.

The Eastside is Charlottes last chance to preserve rich cultures and interest in its districts. The new extension of the Blue Line running through the Eastside to the University District will open soon. You already see evidence at designated stops of new apartment forests going up. Some threaten the existence of fragile art areas along Davidson Street.

Like many of these type of areas in cities, the Eastside is a place where low and moderate income earners can still find affordable housing and the riches of urban living. The Plaza is now a great place for this. What it will become in the future rests with Civic leaders and developers. You can only hope their choices are made well. 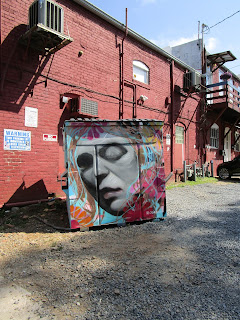 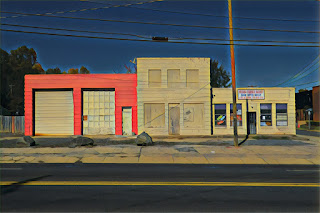 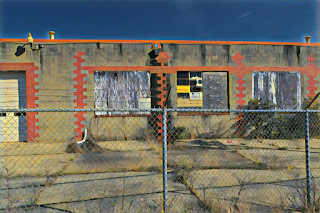